“That sound you hear? It’s the muscular growl of Ohio’s massive, well-tuned automotive industry. Honda, Jeep, and Ford (to name just a few) have invested hundreds of millions in Ohio and earned billions back in world-class vehicle production, thanks to remarkably efficient suppliers, highly skilled workers, and a tax and incentive environment that keeps the supply chain very, very busy.”

Jobs-Ohio.com was at the center of Ohio's efforts to emerge from a national economic crisis. The website introduced a bold image that matched the Governor's bold vision to build business in the state. And it worked: In the time frame following the launch of JobsOhio, Ohio created jobs faster than all but three states in the nation.

The writing on Jobs-Ohio.com is punchy, distinctive, memorable — and very different from any state-specific business development site in the United States. In fact, in just six months, it inspired a number of copycat websites in other regions.

Instead of overwhelming visitors with thousands of words of text, the site created a stronger, simpler impression through innovative infographics and big, bold calls to action. In fewer than 30 pages, the site spoke directly to 12 unique audiences: Nine specific industries targeted for growth, and visitors from within Ohio, outside Ohio, and outside the U.S. These paths were immediately understandable, and provided highly targeted information for these users. 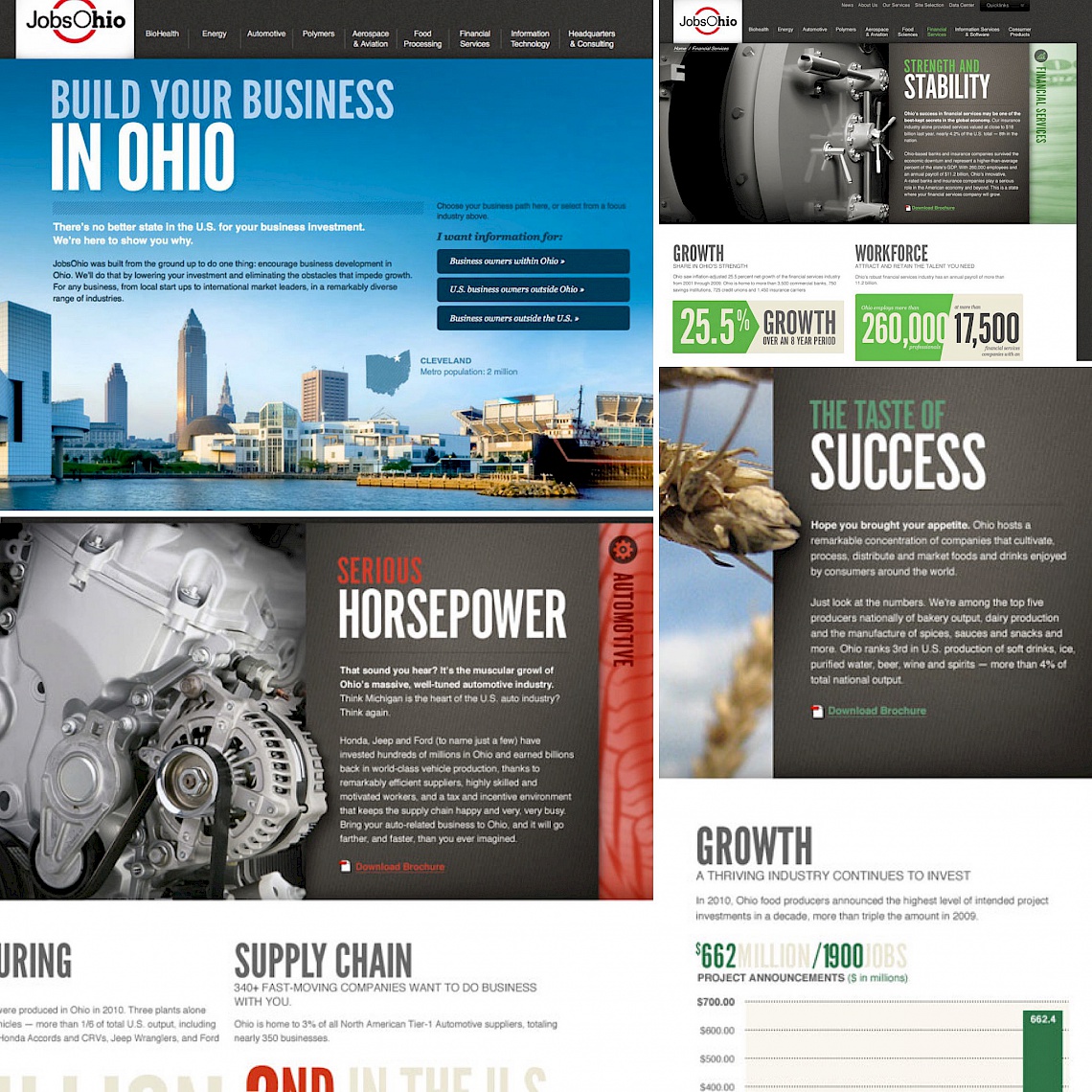 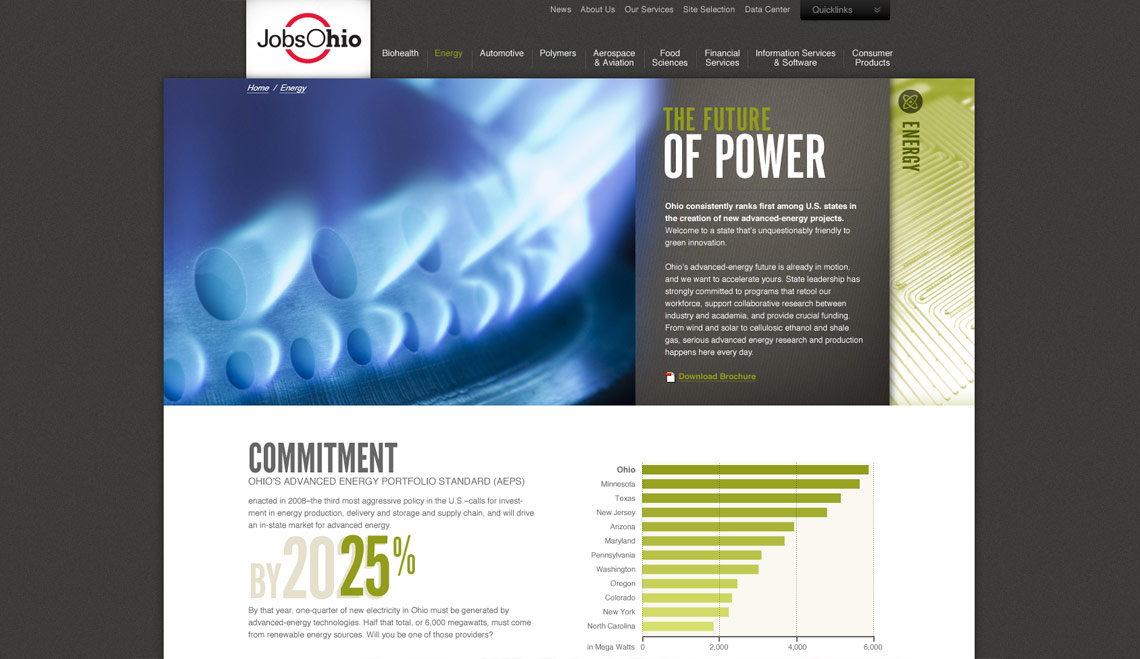 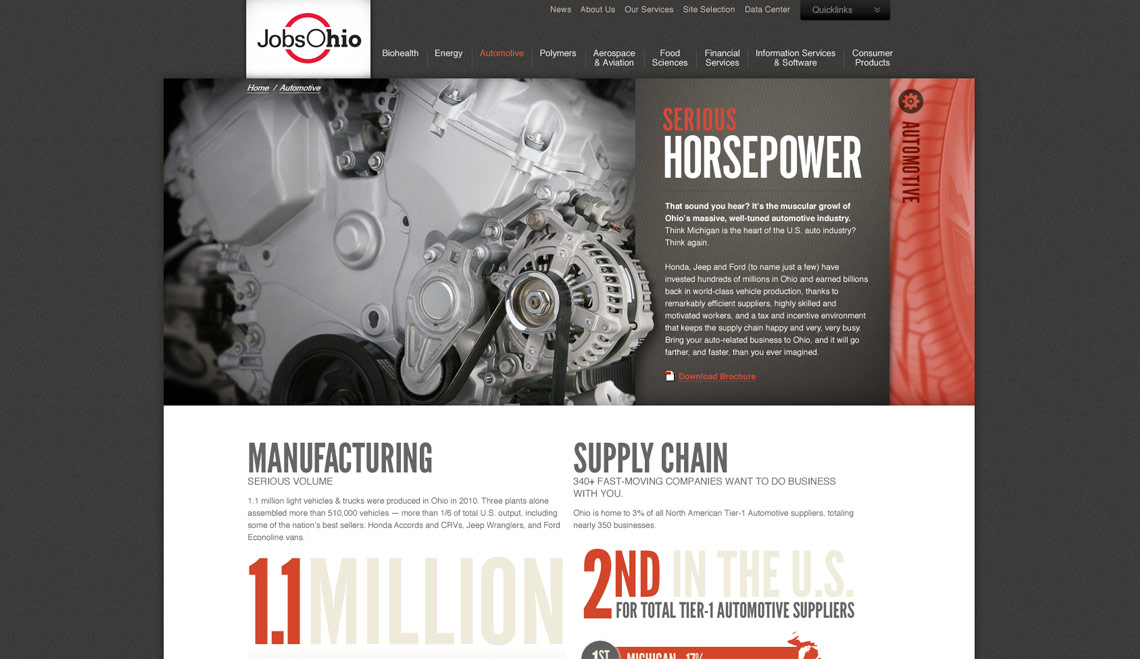 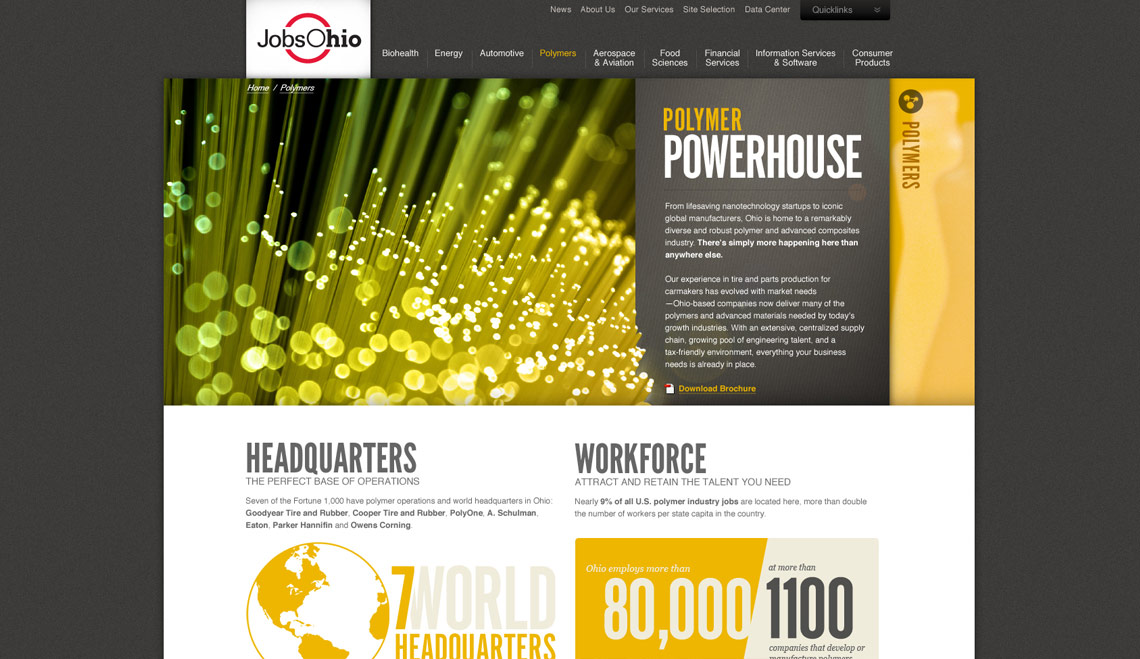 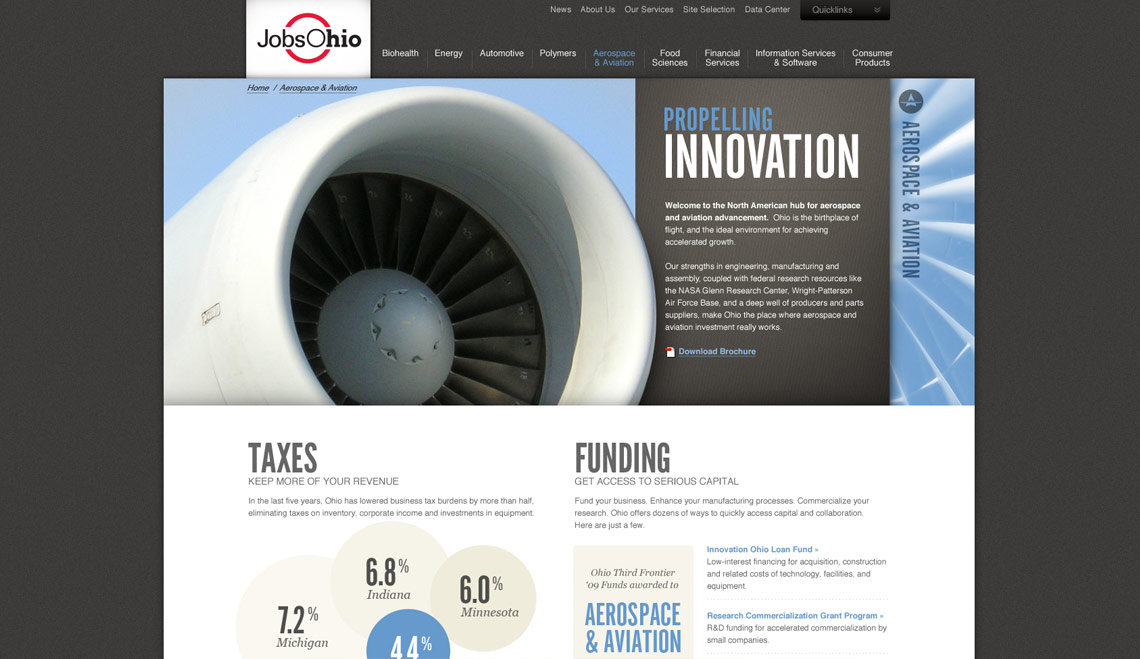 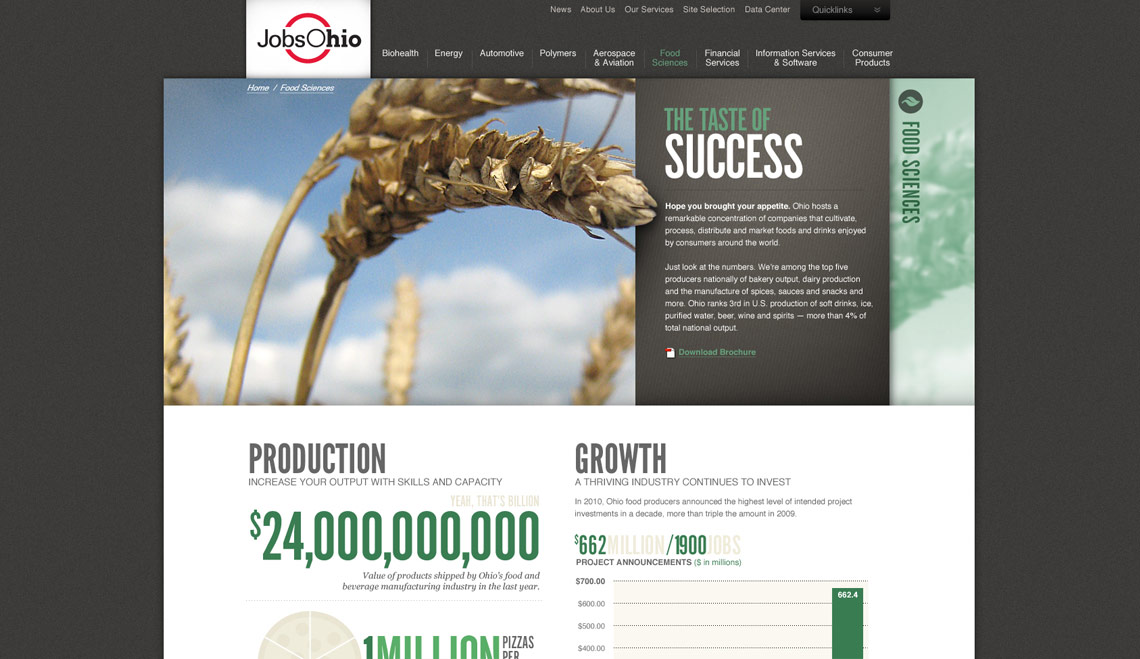 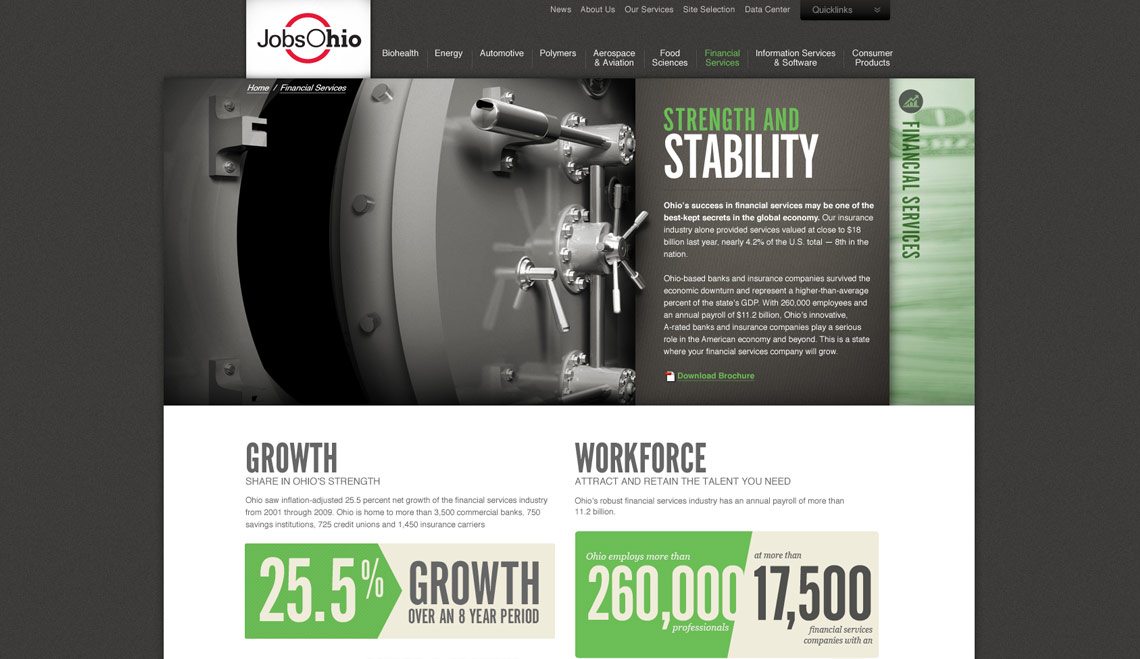 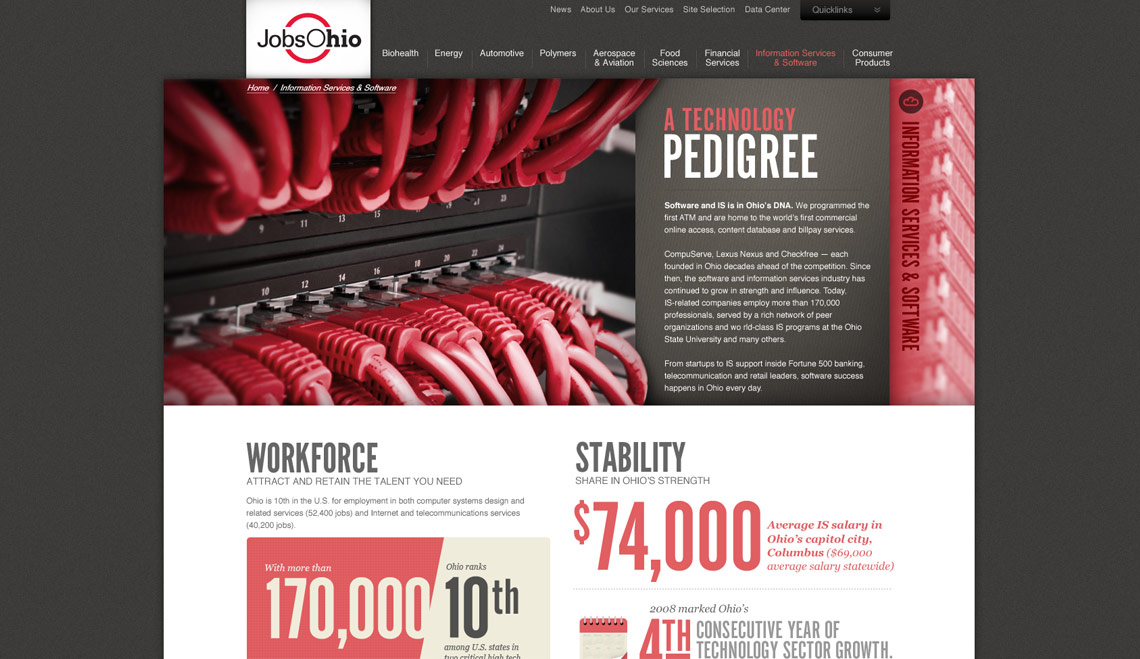 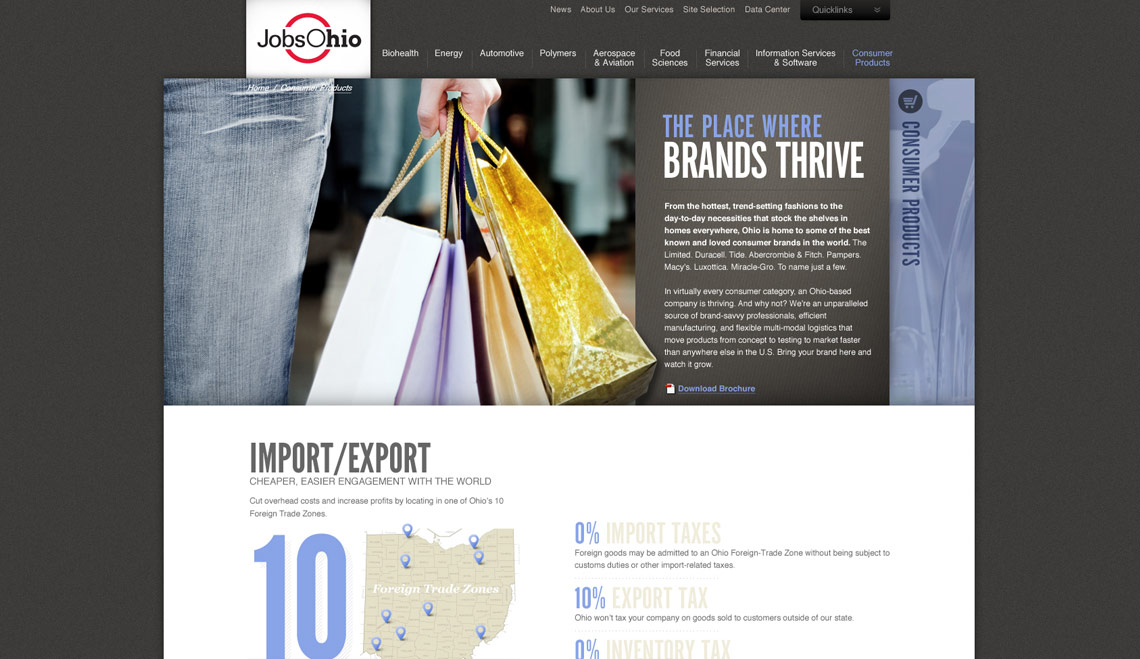 JobsOhio was a significant effort with a tight timeline and very little material to work with. Gregor managed, edited, and wrote original content for a new organization looking to make a splash. We couldn't have pulled it off without him.