So much experience, it’s almost unfair.

Versatile Words writers have worked for leading creative agencies, well-known magazines, global corporations, robust non-profits, and more. We could be a good fit for your next project. 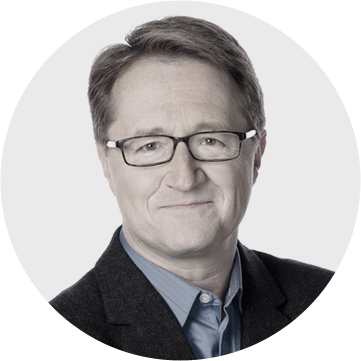 An award-winning business writer and editor, Gregor brings a journalistic quality to marketing communications. Gregor leads Versatile Words, which he founded in 2005.

Prior to Versatile Words, Gregor held senior editorial roles at several leading local creative agencies, including Fitch, Resource Interactive, and Ologie. Before switching careers to marketing and consulting, he earned a Master’s Degree in magazine publishing from Northwestern University’s Medill School of Journalism and worked as editor of several consumer and business magazines, including Columbus CEO, which he co-created in 1992.

Prior to making Columbus his base, he held positions in Chicago, San Francisco, and Madison, Wisconsin. 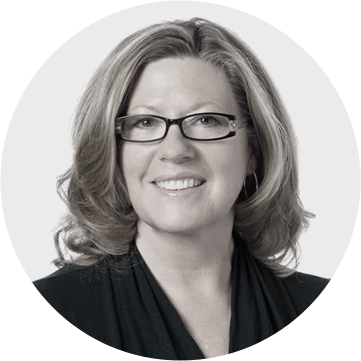 Pat specializes in the creation of business and marketing content for a range of uses, including websites, magazines, and product literature.

She’s written and edited long-form marketing and article content for such diverse companies as Nationwide Insurance, Huntington, Ortho-Ed, The Dispatch Printing Company, Essential Learning Products, and others. Pat also offers extensive scriptwriting and producing experience with such clients as WBNS-TV, and is a former staff writer for Wendy’s International. Her work has been published in Billboard, Variety, Columbus CEO, and Capital Magazine.

Pat received a journalism degree from The Ohio State University and completed additional business coursework at Otterbein College. She has served as a creative partner of Versatile Words since its inception.

Bailey has written blog, article, and website content for a range of clients, including state agencies, nonprofit organizations, and corporations, including the Ohio Housing Finance Agency, TourismOhio, Ohio History Connection, and The Ohio State University Comprehensive Cancer Center. She also has extensive experience managing and creating content for social media communities. She is an honors graduate of Ohio State’s Department of English.

For more than 30 years, Mark has written for virtually every format of b2b and b2c communication, including brochures, executive white papers, web sites, news releases, social media, video, advertising — even a graphic novel. Data driven and brand-centric, Mark has created products and campaigns that have generated tens of millions of dollars in revenue.

He received a degree in corporate communications through the Journalism School at The Ohio State University and has completed additional studies at Capital University.

Versatile Words is more than just our writers. Our extended team includes a selective network of creative partners, including designers, videographers, and developers.

We're privileged to work with some of the most innovative corporations, universities, and creative agencies in the world.