“There are no winners. Only survivors. Welcome to four straight lanes of insane. Two hours of hostility. And one car left standing. Barely. This is the CSCA Pinewood Derby, an unspeakable gauntlet run of wood, graphite, hot glue and broken dreams, hosted by a madman ringmaster more dangerous than the entrants put together.”

Versatile Words has been an active supporter of Columbus Society of Communication Arts for nearly a decade. Gregor served as VP of Communication and produced (and hosted) the annual Columbus Design Summit for five years, which featured more than 40 local creative speakers.

Our favorite contribution to CSCA, though, has been the monthly event posters – we wrote more than a dozen of them, partnering with some of the city’s best (and nicest) designers, including Dylan Menges, Meg Russell, and Joe Immen. A treat to work with all of them. 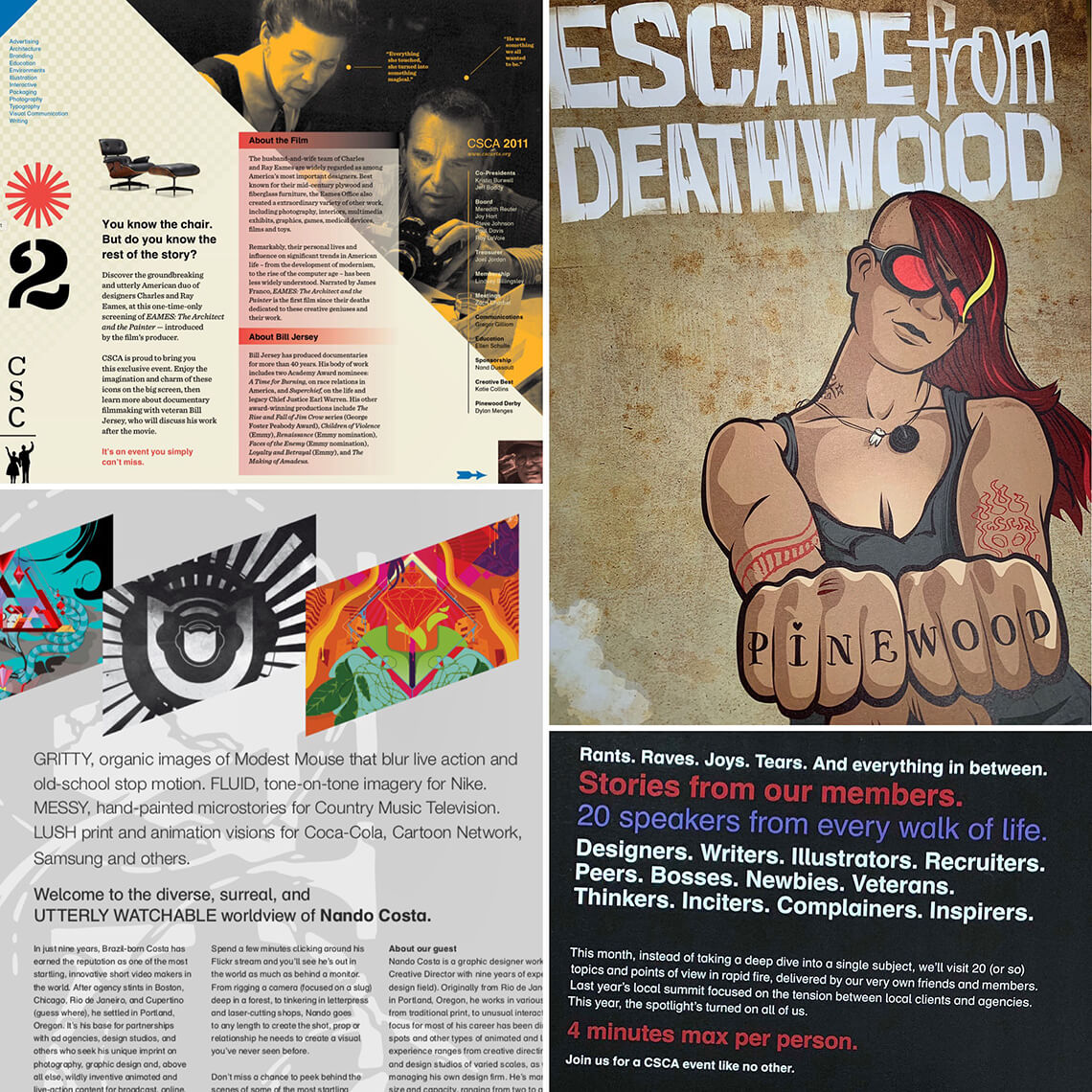 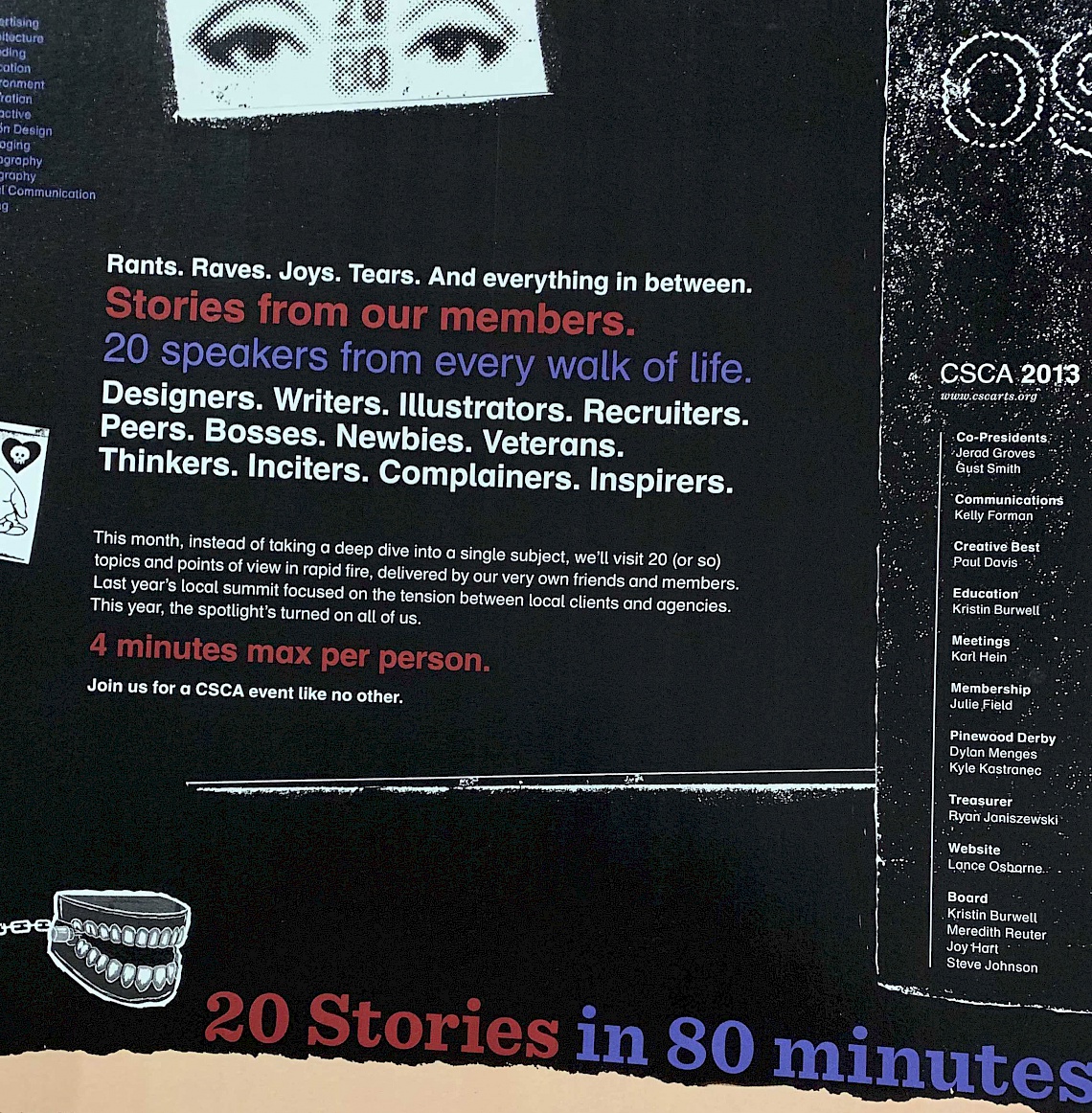 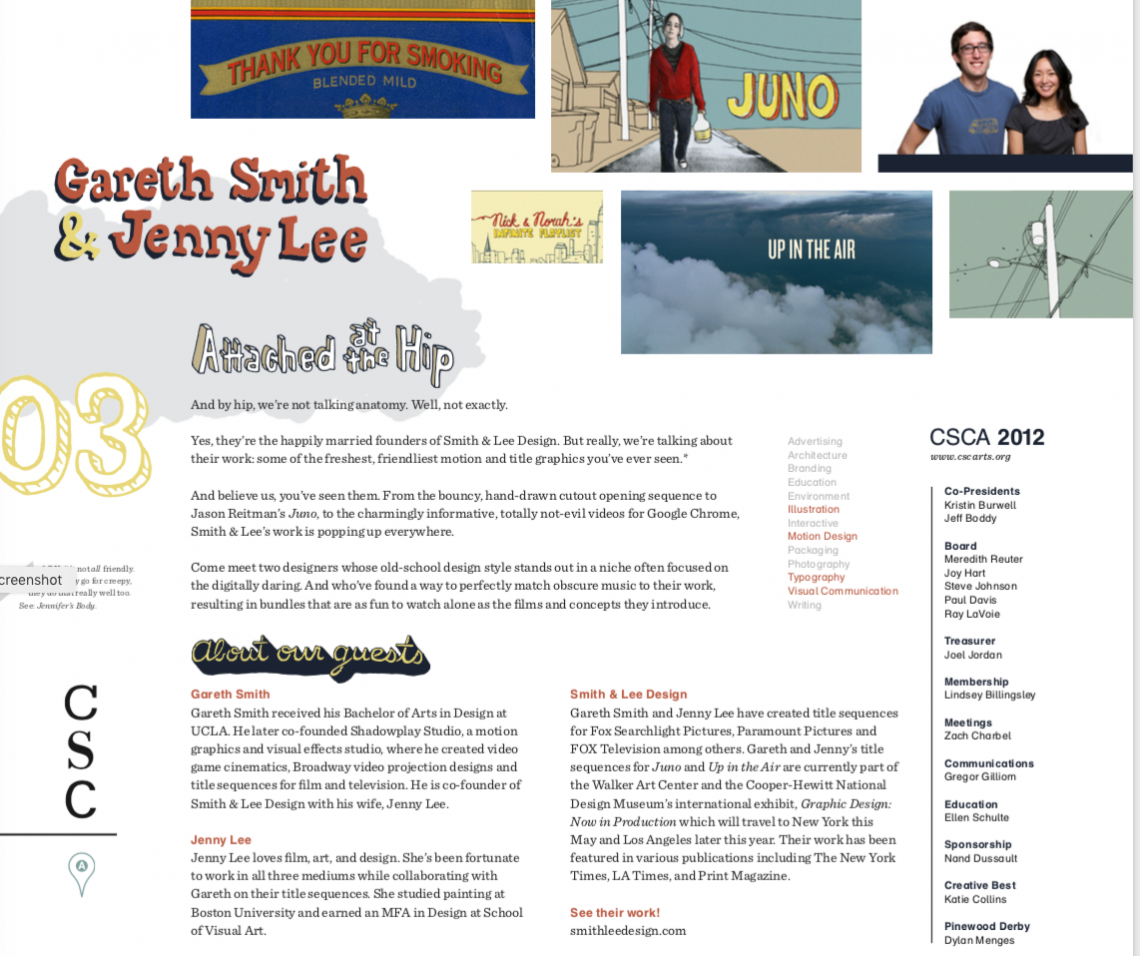 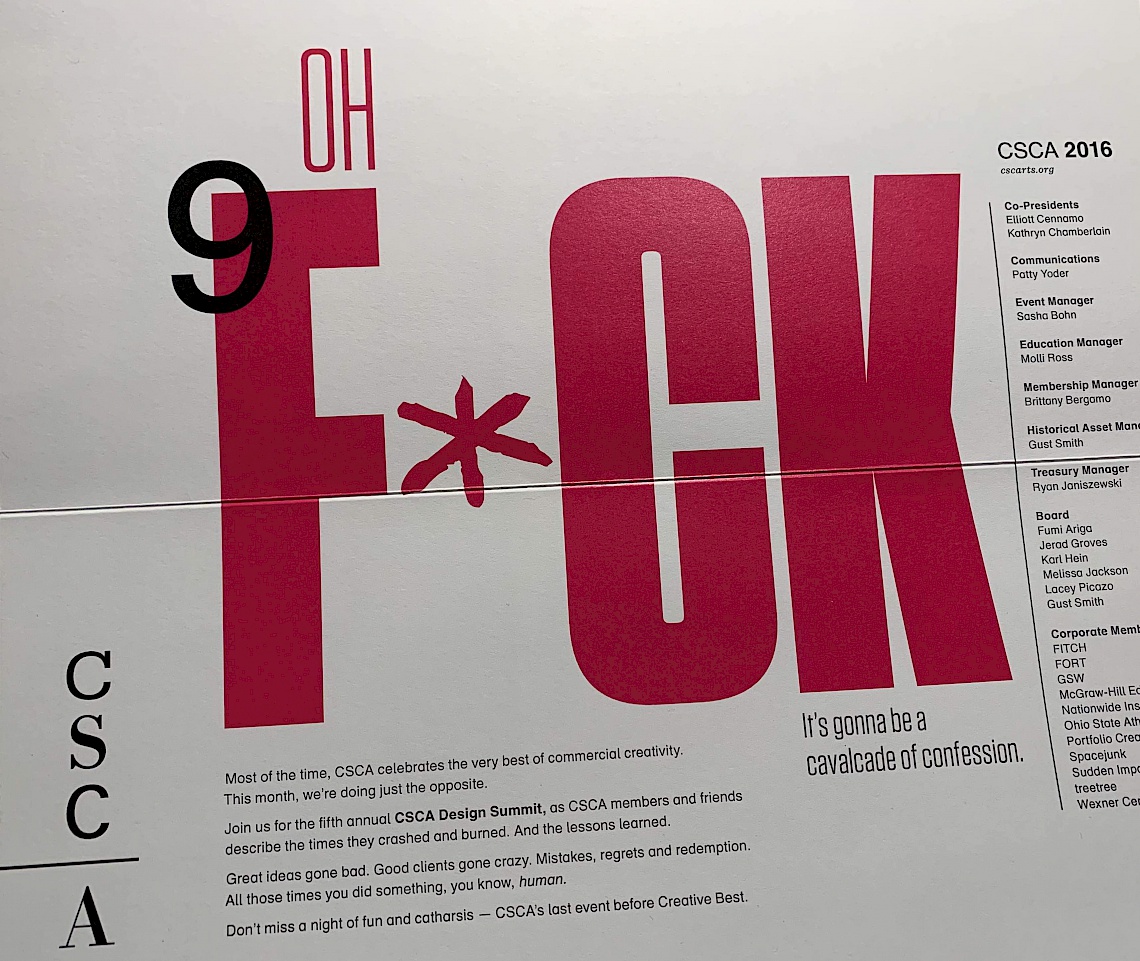 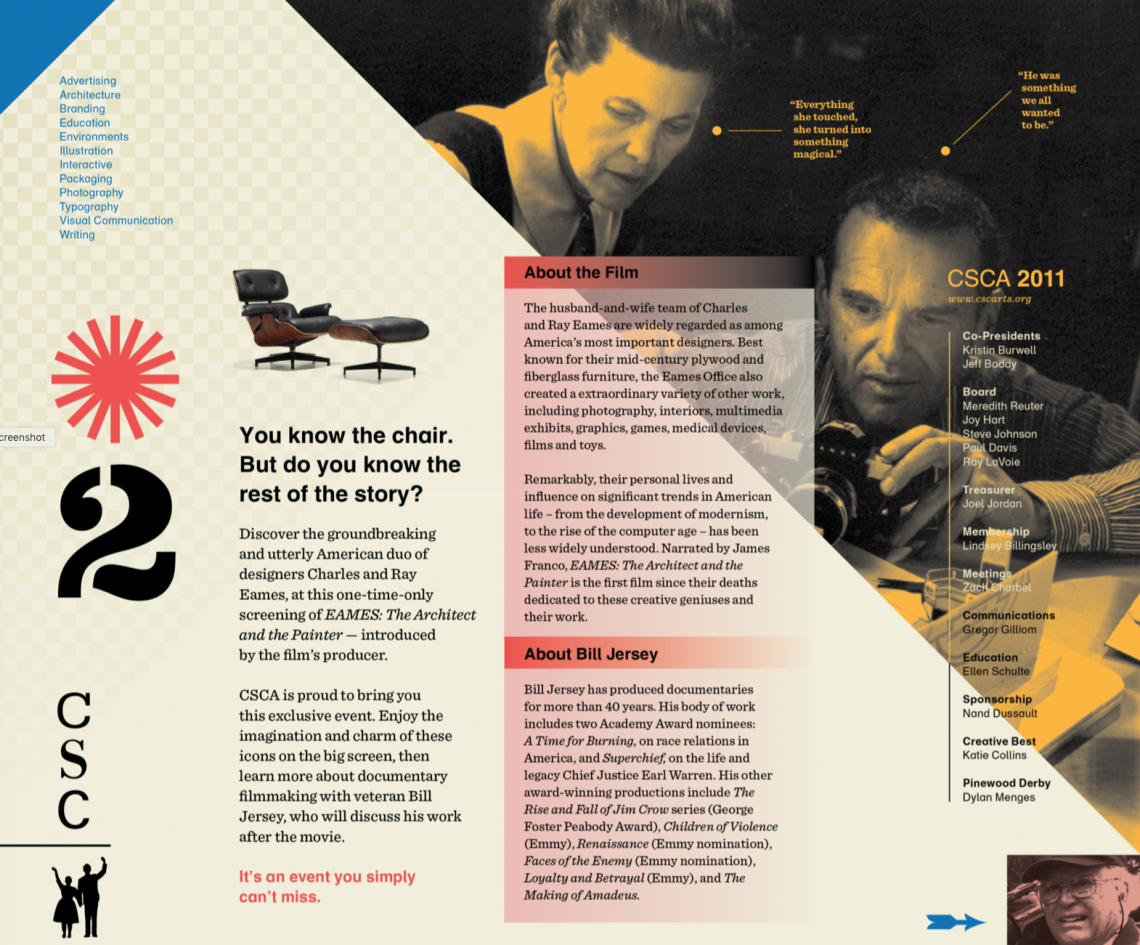 “Thanks, Gregor. It’s become cliché, but still true: I couldn’t do it without you. Really enjoy how flawlessly your work fits the vibe of our events.”