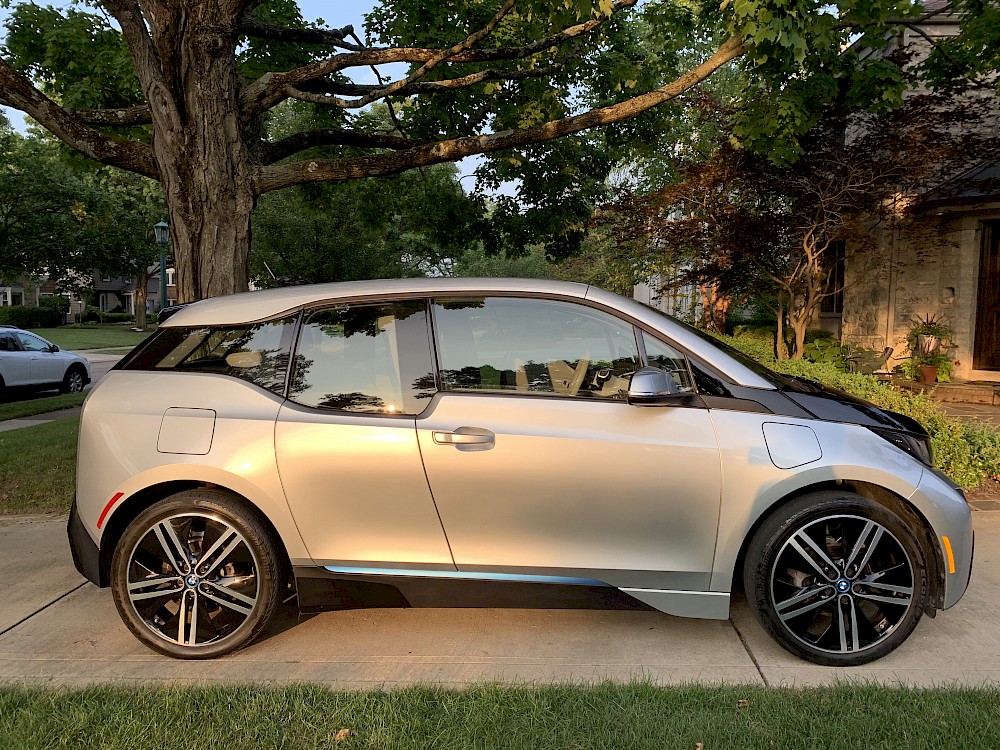 The unexpected awareness of driving an electric car.
Gregor Gilliom

I’ll never forget the first time I drove a Tesla. A friend in northern California was an early owner and he let me drive his Model S for about a half hour, up and down scenic Highway 101. It was a revelation.

Other than the conventional shape of the car, everything else about it was shockingly different. The minimalist interior and controls. The floating, iPad-size touch screen. The unsettling silence of the machine itself, which, when powered up, sounded no different from powered down.

I almost didn’t trust it to move when I first pressed the pedal. But when I did, it ruined conventional cars for me forever. The quietude of the cabin combined with the shocking force of acceleration…it didn’t make sense. It truly felt like science fiction. I could not stop smiling.

And I lusted for one ever since.

My desire wasn’t altruistic. At first.

I’ll admit that, initially, my goal wasn’t about removing a combustion engine from the road. In truth, I simply wanted, as humor writer Matthew Inman described of his Tesla, my very own Intergalactic SpaceBoat of Light and Wonder.

But, alas, Teslas are pricey. Very pricey. And I’m cheap. Very cheap. Whether out of modesty or practicality, I’ve never owned a luxury auto brand, and Tesla, as admirable as its mission is, is very much in luxury territory. A new Model S starts around $72,000 and get pricier very quickly as you add features and range. (The smaller Model 3 starts around $40K.)

Even pre-owned Teslas are a bit too expensive for a car whose long-term viability is…honestly, totally unknown. They just haven’t been around that long.

But my longing for the Tesla experience never went away. So that’s why I recently bought a used BMW i3 EV (electric vehicle). And man, am I happy I did.

The i3 is BMW’s first-generation EV, and, unlike the Tesla, it makes no effort to masquerade as a sexy regular car. The i3 is all weird angles and irregular windows and dual colors. As a designer friend commented, it looks like an auto show concept come to life.

And he’s right. The i3 is surprisingly close to the concept BMW previewed six years ago. It’s roughly as long as a Cooper Mini, but you sit a bit higher than the average small car. It’s boxy and weird and I love it.

But here’s what made me pull the trigger. Five years ago, this car car cost $48,000. I paid less than a third that price — and it only had 25,000 miles on it. As newer EVs (with longer ranges) hit the market, first generation models have almost shocking depreciation, even with low miles. (Again, because their long-term viability just isn’t known.)

But because they’re usually garaged (to charge them) and babied (because they’re special!), most used EVs are in amazingly good condition. So if you’ve ever wanted a low-risk way to get a taste of electric transportation, now’s the time. Used Nissan Leafs and VW eGolfs are even cheaper, all with about the same range: Around 70 miles.

Does 70 miles seem too limiting? I’ve discovered it can actually be a good thing.

Two months in, a surprising revelation

I’ve driven the i3 for about nine weeks as my daily business transport. While I bought it primarily for the zippy, all-torque acceleration, low maintenance (no gas engine = much simpler engineering), and sleek, minimalistic design, the i3 made an impact on me I didn’t expect. It forced me to revisit the way I think about transportation. And efficiency. And consumption.

There is no denying that EVs (even Teslas) don’t go as far as their gas counterparts. Some people describe this worry as “range anxiety” but I think of it as range enlightenment. The fact that I was simply thinking about how far I could go — and not taking it for granted — was a mind shift.

When you drive a traditional vehicle, gas is available everywhere. So we rarely think about conserving it. But when fuel isn’t plentiful and on virtually every corner, you become more mindful of driving. More strategic. More purposeful. Suddenly, you value those miles. You get fewer, so they matter more.

For me, it was like having a blindfold removed. Stopped in traffic, I find myself thinking about the hundreds of cars that surround me, belching exhaust while simply idling at a light. So much noise and fumes and waste.

I imagine it’s a little like Weight Watchers, where, by carefully counting calories, you suddenly realize how mindlessly we often eat. Awaken to these realities, I’ve found myself conserving in other ways (namely, riding my bike to work on nice days, something I never did before). Suddenly, driving a car that’s short and weird and decidedly not luxury (despite the BMW badge) was making me a more conscientious citizen. And that's important, because auto emissions have steadily risen in the United States thanks in part to cheap gas, more driving, and the popularity of less-efficient pickups and SUVs (no judging; I drove one for years). Total emissions in the Columbus, Ohio, metro area alone are up 66% since 1990. (Learn more here.)

Drawbacks — but worth it

EVs aren’t perfect, of course. Their batteries gradually loose their ability hold a full charge. They also lose range (temporarily) as temperatures drop. And energy does get burned somewhere to produce the electricity I use to recharge my car every few days. But I feel better knowing the power I use comes from America and not a human rights-violating foreign cartel. And energy wasn’t wasted getting that oil from there to here. I pay a bit more for green-produced electricity, and feel even better about it.

Yes, there will be times we need a gas car for long drives out of town. But for most of us, how often does that really happen? Or when we need to move really big stuff? Suddenly, rentals look like a good options for the — let’s be honest — rare occasions we need more range or space. And there’s always ride sharing options. But my daily commute is just a few miles, and most of my clients are within a 20-minute drive of my office, or less.

We’ll see how the i3 handles this winter. A long, gray slog may dampen my enthusiasm. But my hunch is, it will be worth it. I look forward to continuing the experiment, and discovering new ways it opens my eyes.

Previous
DEVO and the Coronavirus
Next
Inspiration in Bhutan